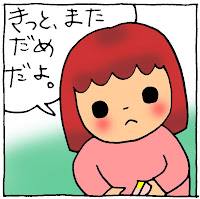 My youngest daughter murmured,
" I'm afraid it's no good." 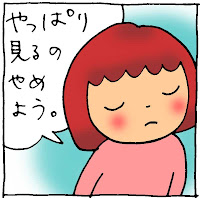 She continued,
"I won't look at it any more,"
and stopped her work. 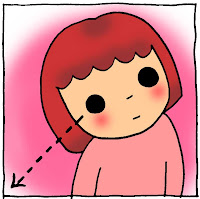 However, she couldn't stop staring. 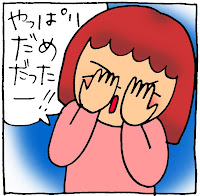 "Oh! No! I lost again!"
At last she opened the box and realized she lost. 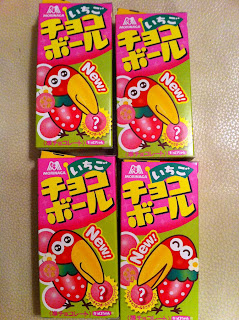 She is now crazy about Morinaga Choco-Ball
that has a lottery inside its box.
If she wins, they will give her a can containing many toys.
The can is called Omocha-no-kandume and
when I was a child I also dreamed I got it.
I really hope she wins on account of my lost dream and her teeth.
My original Japanese entry
↓
http://ameblo.jp/february-chocolate/entry-10895199884.html
Thanks to juliana and bebesecreto for correcting my English.
投稿者 morito_yasumi 時刻: 5/31/2011 No comments:

In Japan, we have a group of holidays
that go from the end of April to the beginning of May.
We call them Golden Week.
During Golden Week, it is always sunny
and it's not too cold nor too hot.
It is indeed a GOLDEN week, so Japanese people go on
trips or enjoy barbecues or picnics and so on.

I planned our trip kind of late because of the last earthquake.
So for our trip we went to Tokyo Disney Resort for three days.
It is near our house and only takes
about 30 minutes to get there by car. 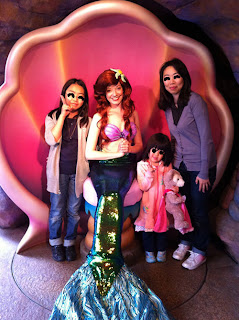 There is a spot where you can take a picture
with Ariel from the Little Mermaid in Tokyo Disney Sea.
Ariel told my youngest daughter tenderly,
"Your brown hair is beautifully straight!"
or "Your clothes has my picture on it!"
(As far as I could hear.) 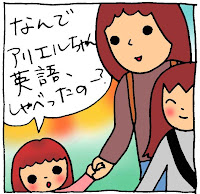 For my youngest daughter, it was a little strange
that she spoke English.
(Young children watch DVDs dubbed in Japanese.)
Since she asked me, "Why did Ariel speak English?"
so I tried to explain, "Because the story, 'Little Mermaid',
is from America so she must be an American..." 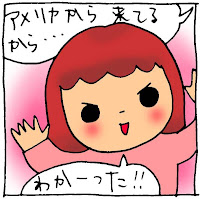 But my girl didn't hear me and insisted,
"Oh! I got it! She must be good at English!
So she talked to me in English, didn't she? 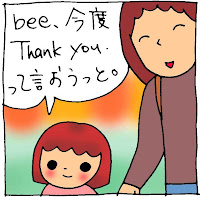 I'll try to say 'Thank you,' in English next time."
Uh, um... I thought it would be a good motive
that she would want to talk with Ariel in English.
My original Japanese entry
↓
http://ameblo.jp/february-chocolate/entry-10884263556.html
Thanks to bebesecreto, Ashley, エリース and Kei for correcting my English.
投稿者 morito_yasumi 時刻: 5/27/2011 No comments: