On 11 March 2011, a huge earthquake hit Japan.
Today I report my experiences.
At the very time, 14:46, I was about to leave home.
It was the day that parents gathered in the nursery school
of younger daughter's.
"Oh, an earthquake, " I said to my self as I felt the ground shake.
It grew bigger and bigger. 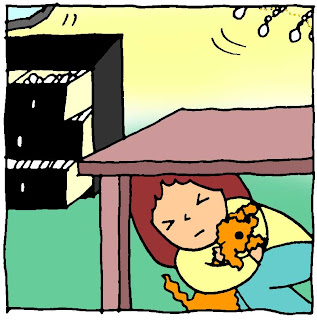 I crawled under the dining table with Cocoa with a scared look on her face.
The chandeliers were shaking so much, the mirror moved from right to left,
every drawer was drawn and the unlocked aluminum sash opened
so I could hear sounds of outdoor.
Watching things dropping onto the floor with quivering Cocoa,
I thought "This apartment was built only two years ago,
but is it collapsing? When a building falls down
where is the safest place to be?"
Time went by so slowly. 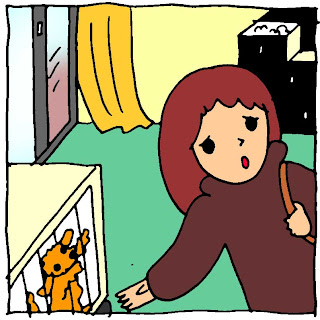 A huge earthquake doesn't stop instantly.
Some aftershocks came and went and
I couldn't make up my mind to start out.
I let my dog get in the cage and let her out some times,
and my husband called on the desk phone.
(Cellular phone didn't work at that time.)
I told to him about the damages to our house.
Then we decided how to pick our daughters up.
His assignment was going to the nursery school
and mine was to the primary school.
The fire walls were appeared and the elevator was out of service.
I opened the emergency exit and went down
the escape stairway for the first time. 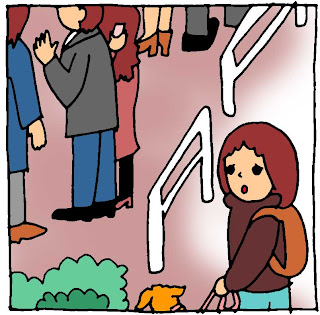 The park next to my daughter's school was flooded with refugees.
To be continued.
Thanks to markbellis and Echo01 for correcting my English.
投稿者 morito_yasumi 時刻: 3/15/2011